Disgruntled Bulgarians are organizing themselves on social networks to stage a “Tomato Revolution.”

By Bogomil Shopov
In Politics
0 Comments

The demonstration is going to take place Saturday in support of Bulgarian dissident, poet and publicist, Nikolay Kolev Bosiya (The Barefooted), who may face up to two years behind bars for throwing a tomato at the Parliament as an act of protest against the rampant corruption in the country.

He also specified the date and the order of his “tomato assault,” saying he would start from the Parliament at 10 am Tuesday.

“I can no longer remain a hostage to hope and good manners. Go to hell!” the letter ends.

Kolev’s threat did not go unnoticed and he was anticipated by some 40 police officers as he approached his first target. He was arrested after he threw one tomato.

The “tomato” rally is called for 5 pm Saturday in front of the building of the Parliament.

The “Tomato Revolution” on Facebook is gathering the support of thousands amidst reports of Facebook users that the Interior Ministry has already established emergency headquarters to deal with the threat and 300-strong police force will be used against the demonstrators to prevent possible tons of tomatoes being thrown at the Parliament. 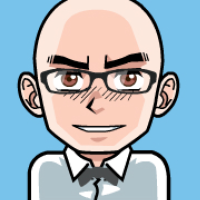 No, Facebook, I don't want my 5$ back, but I want something from you.